Kangana Ranaut has not been one to shy away from controversies ever. She has taken on the media and her naysayers head-on and has on most occasions, come out victorious.

In a recent video interaction with the media, when the actress was asked about the various allegations against her which have been levied by her fellow Manikarnika: The Queen of Jhansi co-director Krish, Simran co-writer Apurva Asrani and actors Sonu Sood and Mishti Chakravarty, Kangana replied by saying that targeting her will not solve anything and that they need to prove her wrong through their works.

“It is of no use if all of them hurl criticism at me. I have also become popular through hard work in the industry and brought myself to a position where I can take a creative call to edit scenes and ensure a good film like Manikarnika: The Queen of Jhansi. Instead of blaming me for their misfortunes, they should take inspiration from me and bring themselves up to the position of power.”

The actress also mentions how she intends to make a better directorial than Manikarnika: The Queen of Jhansi with her next venture behind the cameras.

Kangana addressed the issue of Krish’s name being second on the list of credits in the film. “Krish should direct another film, which stars Sonu Sood and is scripted by Apurva Asrani. At least that way they can ensure that they get back at me,” quips the actress before signing off.

Ankita Lokhande, who made her Hindi film debut with the film, also defends Ranaut when she states that most of Jhalkari Bai’s (Ankita’s character in the film) have been shot by Kangana. In an article in News18, Ankita reiterates that she is not speaking up in support of Kangana just because the film has done well, it is because she truly feels Kangana did not go wrong anywhere, and much like Lakshmibai’s protector, Ankita feels protective towards Kangana and the barrage of criticism that is being channeled towards Kangana.

Ankita’s remarks come at a time when Manikarnika: The Queen of Jhansi actress Mishti Chakraborty alleged that Kangna had unfairly edited out portions of other actors.

Kriti Sanon’s upcoming Dinesh Vijan production, Luka Chhupi, is about to hit the screens. But the actress also seems excited about something else. Sanon will be perform a special number in Abhishek Varman’s multi-starrer period drama Kalank, state reports. 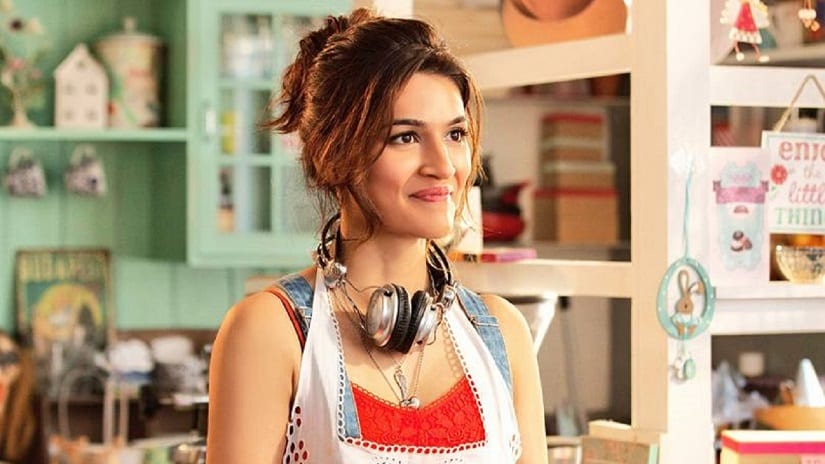 The song will feature Kriti along with the two lead actors of the film, Varun Dhawan and Aditya Roy Kapur. The shooting of the song was reportedly done in June 2018.

Talking about the song, Kriti tells Mirror that the feel of the song is a combination of ‘Kajra Re’ (from Bunty Aur Babli) and ‘Ghagra’ (from Yeh Jawaani Hai Deewani). This will be Kriti’s second association with Varun after Rohit Shetty’s Dilwale, which featured Shah Rukh Khan and Kajol as the leads.

“Since Kalank is a period film, you will see me in a very different avatar. In fact, this is the first time that Manish Malhotra, who I have been telling since my modelling days to do a film with me, has styled me for a song,”
the actress says.

The other period drama that Kriti will be a part of is Ashutosh Gowariker’s historical drama Panipat, where the actress will be feature opposite Arjun Kapoor. The feature recently went on the floors. Kriti is also reportedly preparing for her second schedule of the film which begins next week in Jaipur, Rajasthan.

Mumbai: Rajkummar Rao says he feels overwhelmed that people are comparing him to Ranbir Kapoor and Ranveer Singh but the actor insists he never sees competition in any art form, especially acting.

Rajkummar has been on a career high with consecutive commercial hits and critically acclaimed films since 2017.

When asked about the perception that he is now in the league of Ranbir and Ranveer, Rajku

reporters, “I take it as a compliment. I’m a huge fan of both Ranbir and Ranveer, they are doing tremendously good. I’m looking forward to Gully Boy and Brahmastra.”

“It’s overwhelming, I take it with a lot of gratitude because you’re comparing me with two great actors,” he added.

The Stree actor, however, says he wants to grow with every film and not look at things with the lens of competition.

“I never see competition in any art form, specially acting as you are dealing with emotions. I can’t say I cry better then the other actor. You just have to grow with every film as an actor and let people decide what they want to say. I just want to grow and push myself with every film.”

He was speaking at a special event of his upcoming film Ek Ladki Ko Dekha Toh Aisa Laga on Monday night.

The film features Sonam Kapoor, Juhi Chawla and pairs him with Anil Kapoor for the second time.

Rajkummar says Anil has no ego when he is working and he believes that it is one of the best qualities of the veteran actor.

“He (Anil) works with a lot of passion and dedication. He doesn’t stop until he gets the perfect take. I used to feel very small when he used to ask me ‘Raj how was it, did I do okay?’ That’s his commitment towards his work.

“He has no ego when he’s working. He wants to do better every time. I’ve learnt a lot from him, that no matter how big a star you are, have been working for so long, every film is new, every film your first.”

Co-written by Gazal Dhaliwali and director Shelly Copra, the film is scheduled to release on 1 February.