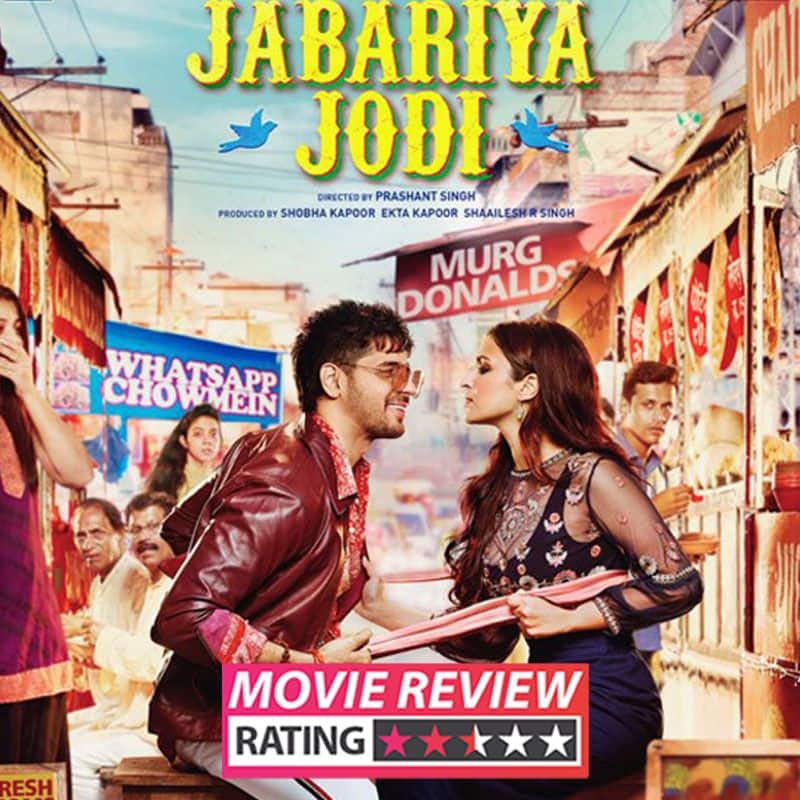 After multiple delays, Sidharth Malhotra and Parineeti Chopra starrer Jabariya Jodi is finally hitting the screens this Friday at the ticket windows. The romantic comedy venture, which was earlier titled Shotgun Shaadi has been in the news since 2018 and was earlier slated to release on May 17, but to avoid clash with other films, the makers finally chose August 9 as the final date and the cherry on top is that it’s a solo release for the film. Even the trailer with its quirk and mass appeal managed to garner the right buzz. But is the Sidharth Malhotra and Parineeti Chopra starrer worth the watch? Check out our review here!

What is it about:

Based on Pakadva Vivah that prevails in Bihar and some smaller town in India, Jabariya Jodi narrates the story of a thug (Abhay Singh) who kidnaps grooms in order to help them avoid paying out heavy dowries for their wedding. With the entry of the heroine, his whole ambition in life goes topsy-turvy.And not because he is madly in love but because inka focus “bistar se zyaada kursi pe hai”. What ensues though is a battle or hearts and the girl (Babli Yadav) turning the kidnapper.

Sidharth steps into the role of Bihar ka goonda and pulls it off convincingly. Be it his flair in multi-coloured shirts and gamchas or the delivery with which he throws witty on-liners, Sid’s first rustic act deserves a pat. Even Parineeti does justice to her character with pitch-perfect diction and makes it seem effortless. SidNeeti’s chemistry is a treat to watch too. Slow claps are reserved for Aparshakti Khurana and Sanjay Mishra who light up the screen with their comic timing and punches.

The screenplay seems lazy and the editing, shoddy. Directed by Prashant Singh, the film wobbles at points and misses the plot more times than not. Especially the second half which beats around the bush for its entire duration without any plot device. The effort to soften the blow of social evils like dowry and forced marriage with comic intervention is note-worthy but debatable at best. And while Pari has caught hold of the accent, Sid’s is inconsistent. The film is also replete with one too many forgettable songs. Even the climax overstays its welcome with predictable sequences and dialogues. 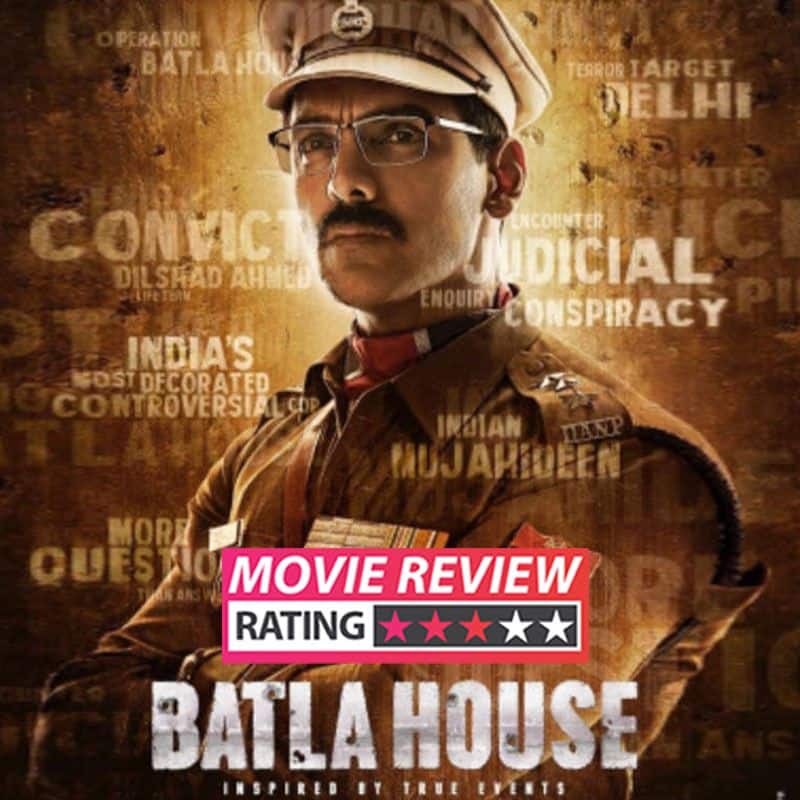 John Abraham is back at what he does best! The action hero who has proved his mettle in amazing performances in Dishoom, Force franchise and Satyameva Jayate, will also be seen as a cop in Batla House in an action packed performance. To fill you in, he essays the character of ACP Sanjeev Kumar Yadav in the film who is at the crux of a supposed cover-up. But is the film worth a watch? Read our entire review here.

What’s it about
Batla House is a film based on true events. The film is inspired by the controversial case of Batla House firings that took place in 2008 in Jamia Nagar, Delhi. It was one of the most intriguing cases as it raised many brows on Delhi police and ACP Sanjeev Kumar who led the operation. Many questions were raised about the intent of the op. Was it the aftermath of Delhi blasts to nab the culprits or was it just a cover-up? The movie tries to answer the question and absolve the alleged claims that were flagged.

What’s hot
The film grabs you by the scruff of your neck and forces you to see the grim reality of communal disharmony and the riots that it births. With gripping action sequences and nail-biting fight-offs, John Abraham’s muscle power speaks its own language. His stoicism can be easily branded as effortless. The highlight is that film also scratches the surface of post-traumatic disorder as John’s character struggles with a bullet that didn’t kill him. He even takes help of therapy later which directs the conversation to the right direction. Also, Nora Fatehi is a surprising revelation in the second half which pulls better strings than the the first. The court-room sequence in the same also makes the most engaging part of the drama.

What’s not
Cannot lay more emphasis on how the film wastes the talent that is Mrunal Thakur. Even considering the little she is left to build with, Mrunal’s character is saying most of the clichéd dialogues. But John’s character isn’t that far behind. Apart from the not-so-subtle jargons, the chest-thumping one liners mar the buildup. Not to mention the romantic track between John and Mrunal sticks like a sore thumb. Apart from the vein-popping display of arms, even John’s restrained cop act falters at times when the plot needs it the most especially in the confrontational scenes. Director Nikkhil Advani tries to keep the pace but the story-telling consumes a lot of time on the peripheral red tape than getting to the point. It is only the second half that one sees the story that was promised.

BL Verdict
John Abraham is at his home territory as he portrays the role of a decorated officer and it’s nothing we have not seen already. Watch it for the depiction of real life incidents and the obvious cinematic liberties. It’s not really the independence day treat but makes for a one-time watch. We are going with 3 stars.

Saaho starring Shraddha Kapoor and Prabhas is inching closer to its release. The action-thriller is one of the most anticipated films of the year. Time and again, with new posters, songs and teasers, the makers are building up the suspense and the thrill to watch the film is just at the peak. New reports are surfacing the internet that the censor board has given Saaho its certificate and that too without any cuts. For the unversed, the Tamil and other regional versions have been certified by the CBFC in the past week. And just 4 days ahead of its release, the Hindi version of Saaho got its certification on Monday.

It has been said that Saaho has a run time of about 2 hours and 51 minutes, which means almost 3 hours of Prabhas’s humour, action and boyish charm! Talking about the Hindi version of Saaho, it has been given a U/A certificate with no cuts. From the trailer and the teasers, the makers have promised it to be the biggest action thriller of all time. Shraddha Kapoor and Prabhas’ chemistry would be another highlight in the movie and we cannot wait for them to create magic on screen. Already the songs have added to our woes making the wait even harder.

Mission Mangal has a lot going for it especially in terms of narrative, dialogues and performances. It captures the spirit of scientists in a relatable light-hearted manner 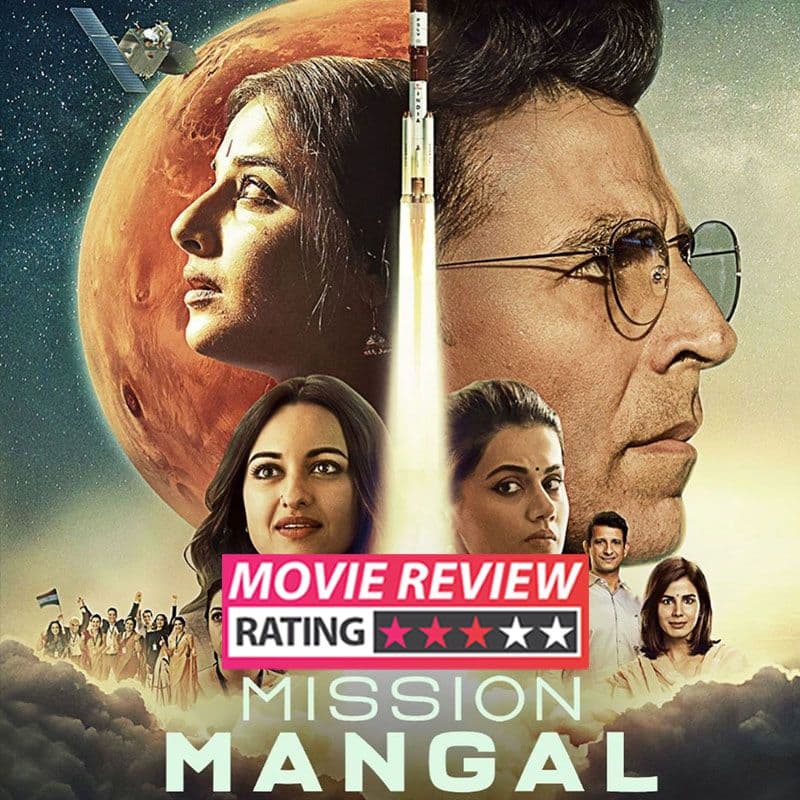 Mission Mangal is coming this Independence Day along with Batla House. The film chronicles the journey of the ISRO scientists who made mission Mangalyaan possible with so many constraints in a fictional way. The film stars Akshay Kumar and Vidya Balan in lead roles. Actresses like Taapsee Pannu, Nithya Menen, Kirti Kulhari and Sonakshi Sinha join the team as the women scientists in the mission.

What is it about
The film is a fictionalised tribute to the team of ISRO that made mission Mangalyaan a success with limited budget and resources. Akshay Kumar plays the mission director Rakesh Dhawan while Vidya Balan is the project director, Tara Shinde. The film gives a glimpse into the lives of the core women team that made use of their common sense to accomplish such a project. Mangalyaan was a huge success for ISRO after the failure of GSLV.