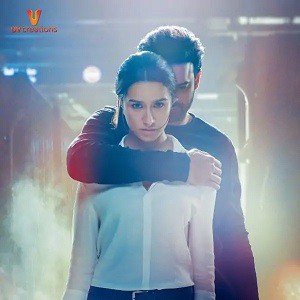 Shraddha Kapoor and Prabhas-starrer Saaho will release on August 30, which mean it’s just a few hours away. Saaho is a Multilingual film and the Hindi version of the film got its certificate on Monday and guess what it’s almost 3 hours of a thrilling ride!

Saaho starring Shraddha Kapoor and Prabhas is inching closer to its release. The action-thriller is one of the most anticipated films of the year. Time and again, with new posters, songs and teasers, the makers are building up the suspense and the thrill to watch the film is just at the peak. New reports are surfacing the internet that the censor board has given Saaho its certificate and that too without any cuts. For the unversed, the Tamil and other regional versions have been certified by the CBFC in the past week. And just 4 days ahead of its release, the Hindi version of Saaho got its certification on Monday.

It has been said that Saaho has a run time of about 2 hours and 51 minutes, which means almost 3 hours of Prabhas’s humour, action and boyish charm! Talking about the Hindi version of Saaho, it has been given a U/A certificate with no cuts. From the trailer and the teasers, the makers have promised it to be the biggest action thriller of all time. Shraddha Kapoor and Prabhas’ chemistry would be another highlight in the movie and we cannot wait for them to create magic on screen. Already the songs have added to our woes making the wait even harder.

In an exclusive interview with us, Shraddha Kapoor talked about working with Prabhas and said, “I think when we first met, we hit it off instantly. He got super comfortable with me, my team, and I also got along well with his team. We got along really well… He has a great sense of humour. We had great bonding over the three years.” Ask Shraddha what change she has seen in Prabhas over the years, she quips, “He was passionate since the day one ya! He is so chilled out to work with. Prabhas will always be like laughing in between the shots and joking with everyone.