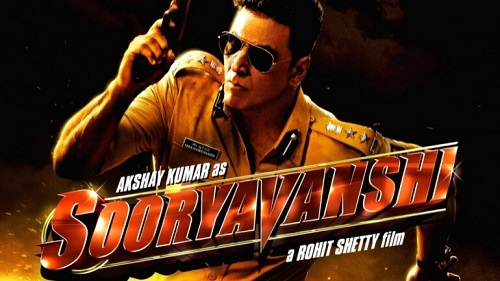 This Wahiyat Wednesday, we’re looking at what’s actually wrong with Bollywood. Not Rohit Shetty, but the audience, and our double standards.

One doesn’t need to be too active on social media to have spotted #ShameOnYouRohitShetty trending on Twitter. Rohit has been branded ‘misogynist’ and ‘sexist’ for refusing to reshoot a scene of Sooryavanshi on Katrina Kaif’s request. “Katrina, three guys (Akshay Kumar, Ajay Devgn and Ranveer Singh) are walking with blasts happening behind, nobody will notice you,” was Rohit’s argument when Katrina pointed out that she had blinked in the scene and a retake is advisable.

Twitter, woke and armed with an evolved vocabulary that include words like misogyny now, ripped Rohit apart. After all, how could he? Is this where A-list female actors like Katrina stand in Bollywood’s pecking order? No one is going to notice her because three macho men will lead the show, so she should zip it and be the eye candy she was cast to be?

We blinked, and just like that missed the core issue here that it is us, the audience that’s oiling the wheel of misogyny in Bollywood that’s now staring us in the face.

We like to believe that we are woke. It’s easy that way. But calling Rohit Shetty out when it didn’t bother us when Shraddha’s role in Baaghi 3 was reduced to a mere extended cameo only exposes us. Or when in Simmba no one noticed Sara Ali Khan next to Ranveer. Or Singham and Singham Returns where Kajal Aggarwal and Kareena Kapoor Khan, respectively, faded next to Ajay. Shame on us, if anyone at all, for allowing male-centrism to thrive in Bollywood to a point where women are reduced to mere eye candies, and when even that’s not enough, there’s the Nora Fatehis of the world brought in to gyrate on screen.

And when there is a brave attempt to weave a story around a female protagonists, such films get washed away at the box office trying to match numbers with the men-driven releases of that week. Case in point – Ajay Devgn’s Tanhaji: The Unsung Warrior vs Deepika Padukone’s Chhapaak, both released on January 10, 2020.

The wrath of social media that fell on Rohit wasn’t entirely unfounded. But there’s really no point in stating the obvious. That Bollywood is propelled by male actors – and male-centric stories is not news. A handful of privileged female actors privileged to have a fan base, a certain market dominance by virtue of previous hits, and/or sheer talent – today have the power to choose ‘meaty’ roles. Which is why a Priyanka Chopra walks out of Bharat – no, we refuse to believe it was because of her wedding – and not The Sky Is Pink. There are still plenty left behind who aren’t that privileged.