It is that time of the year when we expect Salman Khan welcoming us into the super entertaining Bigg Boss house. 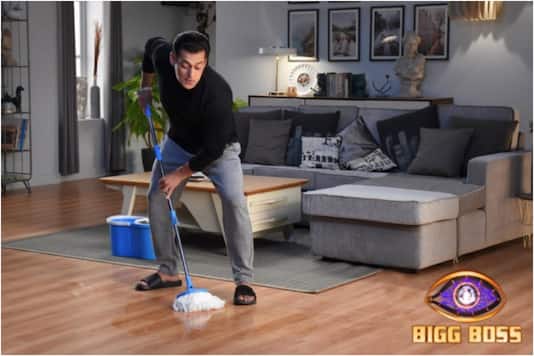 Stuck at home in the pandemic, every household in the world has felt like a Bigg Boss house. Thankfully, we will have the original show coming soon next month. It is that time of the year when we expect Salman Khan welcoming us into the super entertaining Bigg Boss house and just like every year, the audience is anticipating the contestants’ list. The makers have announced that the show will premiere on October 3.

However, multiple media reports are already speculating some of the contestants and here is who they think will make an appearance on the final day. According to a report by Pinkvilla, a confirmed list of contestants includes Jasmin Bhasin, Jaan Shanu, Eijaz Khan, Aly Goni.

The report also says that the show will feature four YouTubers, which led many to speculate that Carry Minati will be participating in the show. However, he denied the reports of joining the house after Twitter trolled him and many questioned his intentions of joining a show which he has roasted in the past.

This year, the show will be slightly different for obvious reasons. The makers have said that all the precautions and safety measures will be taken care of during the shooting. According to India.com, the contestants will be quarantined from September 20 or September 21 till the time they enter the Bigg Boss 14 house on October 3. The Bigg Boss house is set in Mumbai’s Film City. The show will air on Color and Voot Select at 9 pm on Saturday and Sunday, and at 10:30 pm during weekdays.

The contestants of the show will have to survive their stay in the house and the winner will get the prize money. Last season, the winner of the show was Sidharth Shukla.