During the Weekend Ka Vaar episode on Sunday, Salman Khan once again joked about his marriage and said that his days to tie the knot are long gone. 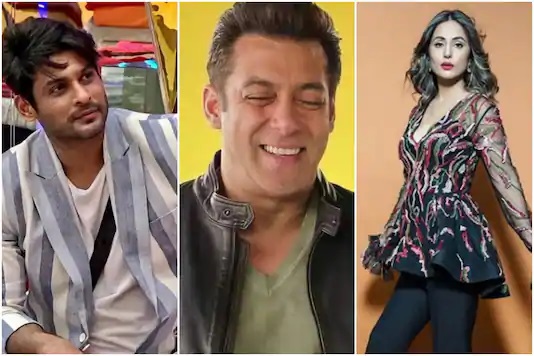 During the Weekend Ka Vaar episode on Sunday, Salman Khan roasted the contestants on their disappointing performance during the first seven days of their stay at the house. While Nikki Tamboli became the first permanent housemate and earned the title of a senior, 10 others were asked to pack their bags for possible elimination.

During the episode run, Salman also hilariously touched upon the question of his marriage and seniors Sidharth Shukla and Hina Khan too became part of the conversation. Salman jokes about Sidharth’s marriage and said his ‘dates have been announced’. It later became clear that Sidharth is getting married on Balika Vadhu, his hit daily soap, which is having a re-run on Colors TV currently.

Hina expresses her disappointment over this and said that they would have made merry if such news were true. Salman interjected and said, “Why don’t you get married?” To this Hina quipped, “Not now. First you get married,” while referring to Salman.

Salman added, “I am already married. The time and age for my marriage has come and gone.” To this Hina added, “No, that is not right.” Salman further said, “I don’t want to get married.” Further, addressing Sidharth, Salman said, “When I talk about someone’s marriage, it comes down to my wedding.”

Meanwhile, one contestant will be eliminated from the BB house this week. Apart from Nikki, all the other housemates are prone to eviction. It will be interesting to see who will make their way out of the reality show during the first week itself.