On Bigg Boss 14’s Weekend Ka Vaar 5, Salman Khan revealed that Jaan Kumar Sanu had plotted against Nikki Tamboli and Rahul Vaidya. Nikki is aghast as she considered him her friend. 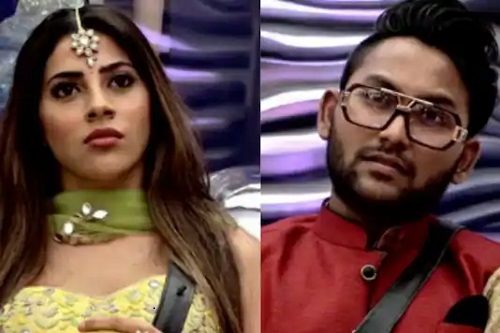 Weekend Ka Vaar 5: Once again it ‘s Weekend ka Vaar and Salman Khan is set to take the stage as the contestants gear up to face some tough decisions, everyone is holding on to their position tight.

Salman realizes that Rubina is still upset after their confrontation last weekend. He watches the highlights and ensures that nothing is brushed under the carpet. He decides to clarify his stand once again and they finally make peace with it.

A big revelation by Salman Khan leaves the house shocked as he brings the true colors of Jaan Kumar Sanu to the fore. While Nikki had begun to trust him as a friend, she gets to hear that Jaan had been plotting against her and Rahul during the captaincy task. Having seen the least expected double-faced side of Jaan, the contestants are now in two minds about his personality.

Hurt of being backstabbed by Jaan, Nikki unfurls in anger and locks herself in the bathroom, while Jaan runs after her trying to pacify and apologize for his actions.

The contestants in the house are given a new task called ‘Aankhon Aankhon Mein’ challenge where people have to read their partner’s mind through their eyes. Eijaz Khan and Pavitra Punia engage in a cute banter.

Actors Kavita Kaushik and Naina Singh also perform in this episode. There is a possibility that the duo will be a part of a new twist in the coming week. In the next episode we will find out whose journey is going to end this week.