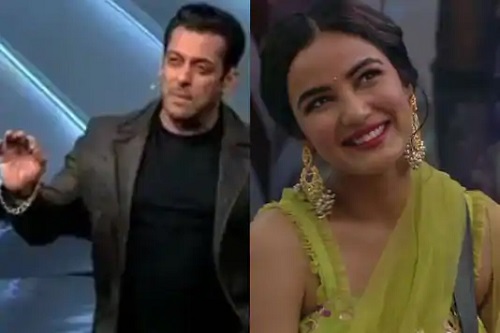 During the same conversation, Jasmin also discloses that she has a crush on Salman. She says, “Thank you, mujhe aap pe bohot crush hai aur aap aisa bolte ho to mujhe kuch kuch hota hai.” (I have a crush on you and whenever you say something like this, I am overwhelmed).

In last Weekend Ka Vaar too, Salman had praised Jasmin for showing her real personality and not being fake in the Bigg Boss house.

Meanwhile, this is not the first time that Salman compared a contestant to Bollywood actress Katrina Kaif. In past season, he had compared contestant Elli Evram to Katrina.