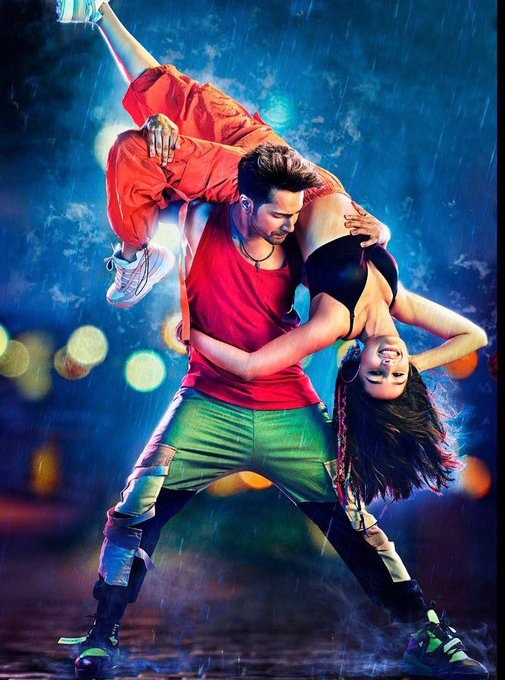 The trailer of Varun Dhawan and Shraddha Kapoor’s upcoming film Street Dancer 3D will have its digital release on 18 December. It will also be showcased across cinemas, prior to the screening of Dabangg 3 on 20 December.

Previously, the Street Dancer’s trailer was scheduled to be out on 12 December, which is also producer Bhushan Kumar’s birthday.

Confirming the delay, director Remo D’Souza told Bollywood Hungama, “There’s lots of VFX and 3D stuff is happening and right now we are all working on that. I am keen to show the trailer to everybody and have been working round the clock to get it complete by then. It will be a proper two-three minute trailer. You can expect some amazing, never-seen-before dances in it – and something very special which I cannot reveal right now (sic).”

The report further adds that Kumar and D’Souza are reportedly keen to have Salman Khan at the trailer launch.

The makers have previously called Street Dancer 3D “India’s biggest dance film”. D’Souza had also said that it is unrelated to the ABCD franchise. Dhawan and Kapoor will once again share screen space after 2015’s ABCD 2.

Mumbai Mirror had reported that Kapoor trained in five different dance forms – Afro, Krump, Locking and Popping, Animation Tutting and Urban. She joined the cast after Katrina Kaif opted out because of a scheduling conflict.

Shakti Mohan, Nora Fatehi, Prabhu Deva, Sonam Bajwa and Aparshakti Khurana also star in vital roles. Mohan will make her Bollywood debut with this feature. The first schedule took place in Amritsar after which, the cast and crew shot in London.