After teasing his various looks in a slew of posters from his upcoming Eid release Bharat, Salman Khan has unveiled the first official trailer from the movie on 22 April.

As Jawaharlal Nehru’s Tryst with Destiny speech plays faintly in the background, Salman’s character is introduced. An old Bharat (Salman) reminiscences — through a voiceover — about his colourful journey, which began amid the violence and bloodshed of the partition. Initially a circus performer, Bharat is forced to seek a job at a government office as the country faces nationwide unemployment in the wake of Nehru’s death.

The actor also shared a collage of all the five previously-unveiled posters in a motion poster on 20 April. Beginning with 1964, where Salman is seen as a young circus performer, the posters take us to 2010, in which he can be seen as a 70-year-old.

Bharat will trace the journey of a man, spanning four decades. Earlier, the makers treated the audience with the teaser, that gives glimpses into the various phases of the film.

An official adaptation of 2014 South Korean film Ode To My Father, Bharat is produced by Atul Agnihotri’s Reel Life Production Pvt Ltd and Bhushan Kumar’s T-Series. It is slated to release on 5 June.

After Priyanka Chopra walked out of Salman Khan’s Bharat owing to personal reasons, DNA has reported that Katrina Kaif, who was the makers’ original choice, has joined the cast. A source told the publication that producers Atul and Alvira Agnihotri share a warm relationship with Kaif and when Chopra’s departure from the film was announced, they called Kaif and sorted out her dates. Kaif, who will play the female lead opposite Khan, is expected to join the team in September. 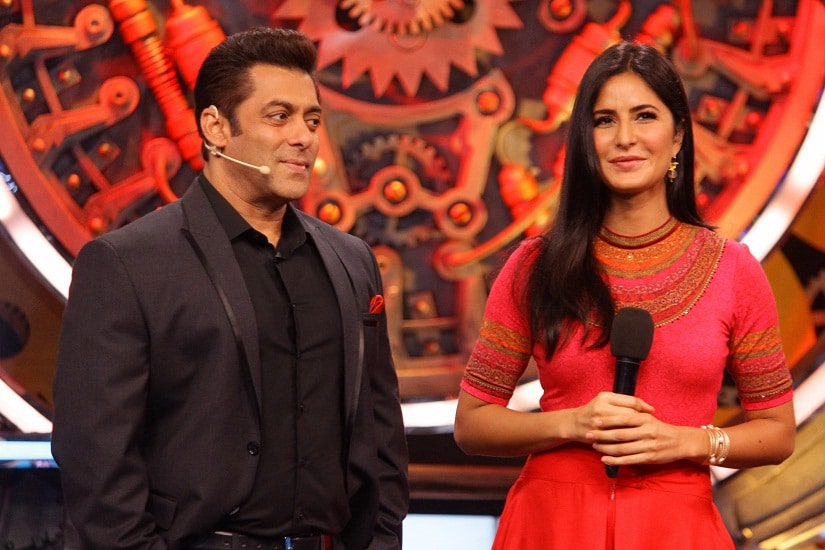 DNA also found that Jackie Shroff, who has previously played on-screen dad to Akshay Kumar and Sidharth Malhotra in Brothers, will star as Khan’s father. “It’s essentially a beautiful story of a father and son, so when Jackie was offered the film, he liked the script and gave his nod.” The team is reportedly currently shooting in Mumbai and Shroff will join the crew around the end of September.

However, there has not been an official announcement regarding this development. While Priyanka has opted out of the Salman Khan starrer, she is also shooting for Shonali Bose’s The Sky is Pink alongside Farhan Akhtar and Zaira Wasim.

Bharat also has Tabu, Disha Patani, Sunil Grover in pivotal roles. It is a remake of the 2014 Korean film, Ode to My Father and will release in cinemas on Eid 2019.