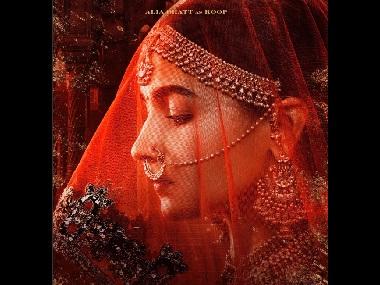 Mahesh Bhatt will be once again donning the director’s cap for Sadak 2, the follow-up to his 1991 film Sadak, starring Sanjay Dutt and daughter Pooja. Alia Bhatt and Aditya Roy Kapur are also part of the sequel slated to release on 25 March, 2020. In an interaction with DNA, both sisters expressed their admiration for him

Alia told DNA that she had never thought that her father would step out of his retirement and work with her on a film. Pooja talked about Mahesh’s acumen as a director that very few possess. Alia also spoke about being narrated the film’s story which made her realise that no other filmmaker could direct Sadak 2 other than Mahesh.

“When I heard the story, I told him what Sanju had already said, that I cannot do this film if you are not directing it. I was not just in tears, but I was sobbing and shaking at the end of it. He put up the most creative narration that I have heard in my life with the music and the beats. It was so earnest that it broke my heart. Sanju recently told me, ‘Alia you don’t know what you are getting into. You have no idea what it is to be directed by your father’. At the shoot of the picture with the cast, I got a glimpse of it. And to tell you the truth, I am scared for my life because if that’s the kind of emotional journey that we are going to go on for I don’t know how many odd days, I think I may just end up being born again.

Actors Sidharth Malhotra and Varun Dhawan, who made their film debuts in 2012’s Student Of The Year, will reportedly make cameo appearances in the sequel.

Filmfare reports that the two actors have confirmed their comeback but their roles have not been revealed yet.

Alia Bhatt, who also made her debut with Sidharth and Varun, hinted at a comeback in an earlier interview but has not confirmed if she will be joining the two actors. However, Mumbai Mirror reports that Karan Johar has invited all three actors to make cameos in a song sequence. Student Of The Year 2, the second installment of the franchise, stars Tiger Shroff and newcomers Ananya Pandey and Tara Sutaria.

Karan Johar is bankrolling the movie under his production banner Dharma Productions. With Student Of The Year, Karan gave Alia, Varun and Sidharth a great launchpad in Bollywood. They have since cemented their place in the film industry year after year with a slew of diverse projects.

Varun, who is the son of filmmaker David Dhawan, started his career as an assistant director to filmmaker Karan in My Name Is Khan. He has featured in films like Main Tera Hero, Humpty Sharma Ki Dulhania, Badlapur, Dilwale, Dishoom, Badrinath Ki Dulhania and, more recently, October. Siddharth has starred in movies like Hasee Toh Phasee, Ek Villain, Kapoor & Sons, Ittefaq, and more recently, Aiyaary.

The film is being directed by Punit Malhotra, and its shooting is underway.

Student Of The Year 2 will hit screens on 23 November.

After teasing fans and social media patrons for days, Shah Rukh Khan posted a few videos on his Twitter timeline as an indication of what to expect from his upcoming film with Alia Bhatt, Gauri Shinde’s Dear Zindagi.

After releasing a first look earlier on Wednesday, it was revealed that this film would not have an extended theatrical trailer, but three teasers, titled Take 1, Take 2 and Take 3. SRK shared Take 1, and the one-odd minute teaser reveals much about the tone of the film. Much like Shinde’s last film English Vinglish, Dear Zindagi also deals with breaking free, but of a different kind. In this teaser, Alia Bhatt is seen spending time with Shah Rukh Khan, who is reported to be her therapist/life coach.

The two are in goa, when SRK tells her to play “kabbadi with the sea”. This is a cue to let go and just have a good time, and she is seen struggling with it, but slowly, starts to get with the programme. They’re also shown riding around Goa and generally chilling out. We’re guessing the reason the teasers are called Takes is because Bhatt plays a filmmaker in Dear Zindagi.

The fact that there’s a lot of brightness, vibrancy and happy, positive music in this teaser points to the fact that this is going to be an uplifting film. We wouldn’t expect any different from Gauri Shinde.

Meanwhile, Pakistani actor Ali Zafar, who is said to be playing a part in Dear Zindagi is missing from this trailer. It is yet to be confirmed whether or not his role will be edited out of the film. All eyes are on the release of Karan Johar’s Ae Dil Hai Mushkil at the moment, which stars Fawad Khan.

Bhatt said that Abhishek Chaubey was sceptical about casting her as a Bihari girl in the film.

“I think our director Abhishek Chaubey was sceptical about casting me in the film. I am happy that I am a part of it. This character is completely different from what I am in real life. I felt that there would be out of box things in the film and it has,” said Alia at the trailer launch of Udta Punjab. “I had to learn Bihari. Though I talk less in the film, but the dialogues are powerful. For a month or so, I worked on my dialect with the help of a trainer. And for my look, I have to give credit to the costume designer and our director Abhishek Chaubey,” she added.

Alia credited her co-star Shahid Kapoor for getting her this film. “I am thankful to Shahid for bringing up this role to me. I wanted to be in this film. It’s a lifetime opportunity. It’s a great story,” she said.

Udta Punjab highlights the rampant issue of drug abuse among youth in Punjab.

Kareena Kapoor Khan essays the role of a doctor who is determined to fight the illegal transportation of drugs, including medicinal ones that are sold without prescription in Punjab. Punjabi actor-singer Diljit Dosanjh is seen as a police official in the trailer.

Meanwhile, Anurag Kashyap, whose Phantom Films has co-produced the film, has tweeted that the trailer of Udta Punjab had been cleared without any cuts or beeps. Richa had reportedly fallen ill after she had smoked cigarettes for a scene in the film, since she is a non-smoker in real life. She had to take a break of a couple of days to get back to the sets.

Considering the title, it is obvious that the film will draw references to veteran cabaret dancer Helen. But Pooja denied that it is inspired from Helen’s life.

“The film is not inspired by anyone. It’s based on the lives of celebrities and incidents related to the functioning of the film industry. The film is inspired by life and nothing else. It is the media which has said that it is inspired by Helen,” she said.

Pooja had shared Richa’s look in the film on social media, which has generated sufficient buzz. The film has been directed by Kaustav Narayan Niyogi and produced by Pooja Bhatt and Bhushan Kumar. The film also marks the debut of cricketer S. Sreesanth.