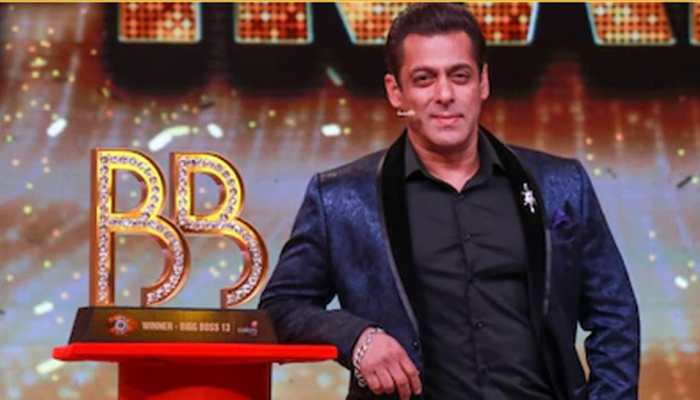 The pandemic may have delayed movie productions in India as well as around the world. However, there are a few things that have stayed unaffected by the coronavirus outbreak. These include the famous T20 Indian Premier League and Salman Khan’s hit reality show Bigg Boss because the show must and will go on.

The much-awaited reality show locks up a few selected contestants in the house, cutting them off from the outside world. These stars are expected to co-exist in a mansion, maintaining and taking care of ‘their’ house whilst competing with one another to survive the roughly 90-day ordeal. The 14th season of the reality TV show is expected to reach everyone’s living rooms on October 3.

The producers are leaving no stone unturned this year and have issued a slew of safety precautions to be followed due to the pandemic. According to reports, all the contestants will follow safety measures, social distancing norms prior to their entry into the house.

In fact, to keep their stay safe in the house, reports from a famous BB fan page suggest there will be no double beds or contestants will not be sharing a bed as well as their utensils during the first few weeks. Moreover, all the BB contestants will go through a weekly Covid-19 test.

The new format might also do away with Bigg Boss’ infamous physical tasks between the contestants in order to avoid physical contact in the initial weeks. Last but not the least, Bigg Boss 14 house is said to feature a mini theatre, mall, restaurant corner and a spa, among many other things.

With the announcement of Bigg Boss and many other shows, it looks like we all have an action-packed October for entertainment ahead of us. We can hardly wait, can you? So, hang on to your remotes and stay tuned.

With Arjun Kapoor in Mubarakan, Varun Dhawan in Judwaa 2 and Sidharth Malhotra in A Gentleman: Sundar, Shsheel, Risky, the fabled concept of double-roles — which was once a near rite of passage in popular Hindi cinema — is back as the as the flavour of the season.

The thing with trends is that they invariably make a come back, and the manner in which everything new in Hindi cinema seems to be a throwback to the good old days, it was only a matter of time before the younger lot relived the double-role.

Reminds me of few of the earliest Indian films, such as Dadasaheb Phalke’s Raja Harishchancra (1913), which used to feature an all-male cast, as no woman was available for playing female leads. Many times actors would end up playing more than one role in a film. But back then this was more out of necessity than anything else.

Perhaps the first time the novelty factor of an actor playing two distinctive characters on the screen was celebrated would be in Kismet (1943). The Gyan Mukherjee directed blockbuster had many firsts attached to it that included an anti-hero as the protagonist, a narrative that portrayed the criminal in a good light, an unmarried girl getting pregnant out of wedlock or the lost-and-found formula. While the film is recalled for a host of elements it was the double-role factor that went on to become a calling card of a star.

After Ashok Kumar played the double roles of Shekhar and Madan in Kismet, Dev Anand played two roles in Hum Dono (1962) but here it was more about two men looking the same as opposed to twins separated at birth. A few years later it was probably Dilip Kumar’s dual outing in Ram Aur Shyam (1967) that established the double-role as an announcement of the arrival of a star.

The remake of the Telugu film, Ramudu Bheemudu that had N. T. Rama Rao in the lead roles, Ram Aur Shyam was also inspired by the original’s Tamil version Enga Veettu Pillai (1965) with MG Ramachandran reprising the double role. It is said that when audiences saw MGR as Ramu being beaten by his brother-in-law played by MN Nambiar, they created a ruckus in the cinema hall. It was only after someone from the film unit placated them to wait for the other character played by MGR, Ilango, to appear that they relented.

In the Hindi version, Pran played Nambiar’s role and similarly, audiences were shocked to see thespian Dilip Kumar being whipped by him.

Almost every big star since Ashok Kumar has featured in a double role at some point in their career.

Rajesh Khanna’s first big hit, Aradhana (1969) had him play two roles and later in the caper Sachaa-Jhutha (1970), he played two characters that were unrelated but looked alike. The 1970s were filled with stars playing two, three or at times nine roles – Dilip Kumar played three roles in Bairaag (1976), Sanjeev Kumar portrayed nine roles in the A. Bhimsingh directed Naya Din Nai Raat (1974) that was originally made in Tamil as Navarathri (1964) with Sivaji Ganesan and later also remade with the same title in Telugu in 1966 with A. Nageswara Rao.

It was also the decade where the Ram Aur Shyam template was rehashed as Seeta Aur Geeta and featured a woman, Hema Malini, as the protagonist and besides establishing as the numero uno star, the film featured one of the biggest stars of the era, Dharmendra in a supporting role.

When it comes to Hindi films the double role is nothing less than a genre unto itself. Yet there are only a handful of templates that it follows and it’s extremely rare that the narrative deviates from the parameters.

We usually see the lost sibling’s template that is re-visited across the decades be it Chaalbaaz (1989) with Sridevi or Kishen Kanhiya (1990) with Anil Kapoor, Gopi Kishan (1994) with Sunil Shetty, or Judwaa (1997) with Salman Khan.

This concept was experimented with in Angoor (1982) where Gulzar adapted Shakespeare’s The Comedy of Errors and directed both Sanjeev Kumar and Deven Verma in double roles. This was the second time that Gulzar attempted reworking The Comedy of Errors and had previously adapted the same as Do Dooni Char (1968) before Angoor. The 1990s briefly saw the doppelganger trying to make a comeback with Akshay Kumar in Aflatoon (1997) and Shah Rukh Khan in Duplicate (1998) but by then the double-role had become jaded and even run of freshness.

Considering the success and the popularity of the concept, there ought to more to the double role than sheer novelty or idiosyncrasy.

There was a sense of renewed interest in the double-role with Shahid Kapoor in Kaminey (2009) but true experimenting with the genre did not take off as expected.

From the looks of it both Mubarakan and A Gentleman: Sundar, Susheel, Risky seem to indulge in the mistaken identity concept and along with Judwaa 2, which is a remake of the Salman Khan original that had lost twins at its core, there might not be much that these films would attempt to change when it comes to the double role.

Globally as well, the genre is experiencing a revival in the last decade with Moon (2009) The Social Network (2010), The Devil’s Double (2011), The Double (2013), Enemy (2013) and Legend (2015) where the double-role was the mainstay of the narrative. Perhaps it’s time that someone came up with a fresh set of eyes in Hindi films to look at the double role.