Reliance Entertainment, the makers of Akshay Kumar’s Sooryavanshi said they aren’t sure whether the release date of Ranveer Singh’s 83, slated for Christmas, will also be shifted. 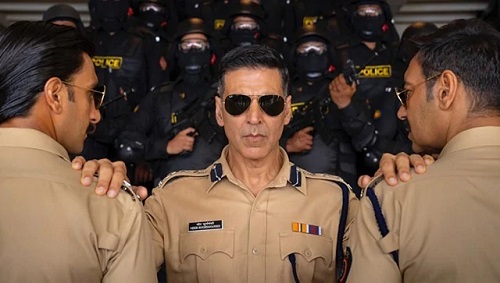 The studio had announced in June that the film will hit the theatres on Diwali, while their another release Ranveer Singh’s 83 will arrive on Christmas.

Though the theatres are still shut across the country, they are expected to reopen from 15 October after the Union Home Ministry permitted cinemas and multiplexes to resume operations with up to 50 percent of their seating capacity.

The Ministry of Information and Broadcasting will be issuing a standard operating procedure (SOP) for cinemas soon.

Sarkar is happy with the government’s decision but he is still unsure whether all the theatres will be operational by 15 October.

Given the uncertainty, Sarkar said it is not practically possible to release Sooryavanshi on Diwali.

“One thing is clear, we are not releasing any film on Diwali. No other decision has been taken. It is not possible to release a film on Diwali now. As of now, all cinema houses are not opening from 15 October. Even if it opens on 1 November, how can you release a film in 10 or 15 days notice period?” he told the Press Trust of India.

He said the makers are yet to take a call on the new release date of the Rohit Shetty-directed film.

“We are not sure whether we will change both Sooryavanshi or 83 or we will just shift one film. It is definitely clear December to March is the time (to release films), this is the realistic timeline,” he added.

Sooryavanshi, directed by Rohit Shetty, was originally scheduled for 24 March and Kabir Khan-helmed 83 was set to hit the cinema houses on 10 April.

But both the movies were indefinitely postponed due to the coronavirus pandemic, which led to theatres shutdown across the country and in other parts of the world.

Sooryavanshi is the third film in Shetty’s cop universe after Ajay Devgn’s Singham and Ranveer-starrer Simmba.

The film is presented by Reliance Entertainment and produced by Rohit Shetty Picturez in association with Dharma Productions and Cape of Good Films.

2.0, director Shankar’s magnum opus starring Rajinikanth and Akshay Kumar, is set to hit theatres very soon. 2.0 has created headlines ever since the film went on the floors, especially as it’s being touted as the most expensive Indian film ever with a humongous budget of Rs 500 crore. 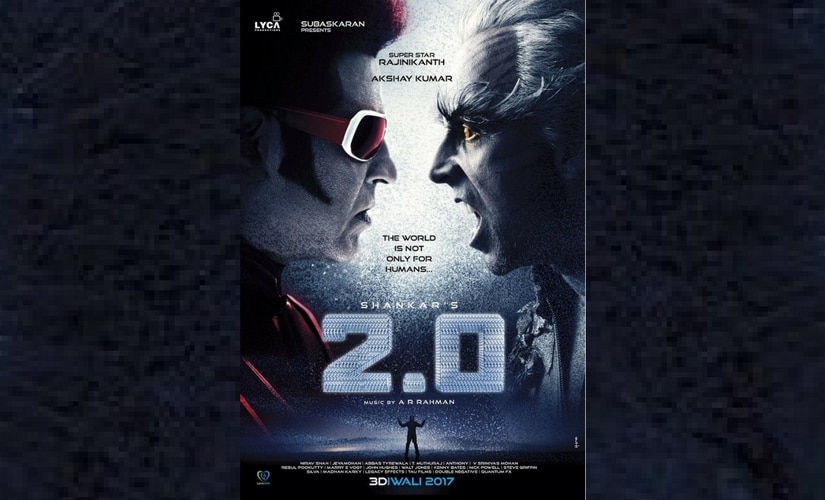 Shankar’s wish to cast Hollywood action icon Arnold Schwarzenegger in the role of the main antagonist is familiar news. However, the director recently revealed that south star Kamal Haasan was also considered for the role now being played by Akshay Kumar, reports The Indian Express.

Recounting the deal with Arnold, Shankar said that it had been almost finalised adding that the Hollywood star was also pumped for the project but unfortunately, while drafting the contract, the makers were unable to reach a consensus on every detail. Post that, Shankar was keen on Haasan. “It was my desire to see Rajini sir and Kamal sir in the same movie. Jeyamohan (2.0 dialogue writer) and I met Kamal and discussed the role. But Kamal was more interested in doing Indian 2 and so we moved on,” said the director.

The report adds that though Rajinikanth and Kamal have had quite a number of films together, Hassan decided to not work with Rajini post 1979 film Ninaithale Inikkum so that he could get his own films.

The trailer is scheduled to be launched in an extravagant manner in Chennai on 3 November. 2.0 is due in cinemas on 29 November.

Ahead of the release of Bhoomi, Firstpost caught up with Sanjay Dutt, who was more than happy to answer our curious questions.

One of the most obvious ones, at the heels of his release, is — Why Bhoomi  and not Munnabhai 3, as the latter already has a trailer out? Dutt reveals, “Munnabhai 3 is still on the scripting stage. Right now it’s on hold. Bhoomi is a film I really wanted to do as a comeback, especially because I believe in women empowerment. I wanted to talk about what a rape victim [sic] from a small family goes through living in a city like Agra”

Speaking about Omung Kumar, the director of the film, Dutt says, “Omung is a great director, he’s tried something different with Bhoomi. It’s totally a commercial film.”

Was politics ever an option for a comeback, we ask Dutt? He is quick to respond, “Not really. Two family members is enough. Cinema is a medium where I can reach out to many people, and send out a good message.”

Just this year, Akshay Kumar has delivered two crackling performances in two very different films and won the National Award for his work in 2016’s Rustom.

He also launched Bharat Ke Veer, a website and app that enables donations to families of army personnel. 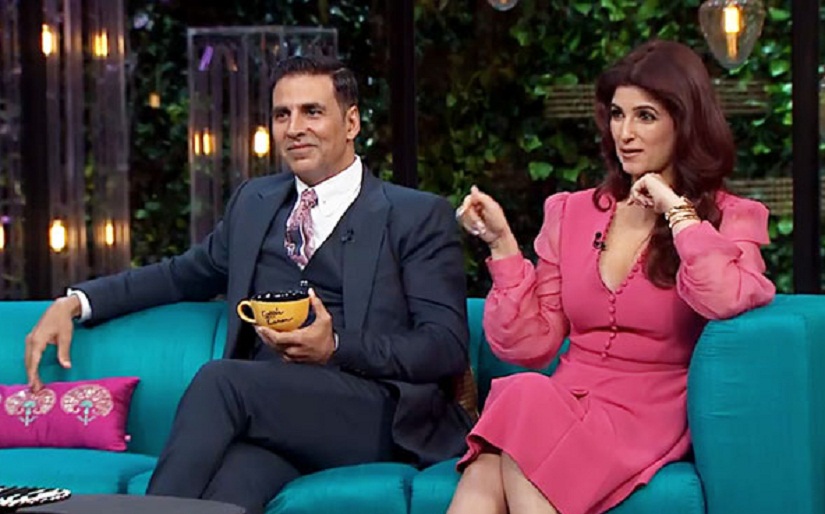 And, then there were buzz-worthy moments when he sang Frank Sinatra’s ‘Strangers in the Night’ to his wife Twinkle Khanna on Koffee With Karan or when he thanked his ‘overpaid trainer and underpaid cook’ while accepting the award for ‘Most Beautiful Man of the Decade’ at the recent Vogue Beauty Awards 2017.

We’re in the throes of a full-blown Kumaraissance, and it’s been long overdue.

For about three decades, Akshay has been a Bollywood A-lister, which in itself is a genuine accomplishment. But his career spanning 124 movies has mostly banked more on ‘Akshay the Star’ rather than showcase his talents as an actor. His filmography has the odd Sangharsh or Dhadkan but action and comedy has always been his forte.

From being stuck in the doldrums of mindless films like Rowdy Rathore and the Housefull franchise, Akshay seems to have re-invented himself as an actor who is not just pushing boundaries but also consistently delivering hits.

In the last two years, he has picked films unlike anything he’s done before. Rustom was based on the Nanavati murder trial of 1959 that transformed the judicial process in India. His portrayal of Naval officer KM Nanavati earned him the National Award.

He essayed another real-life character in the hugely appreciated Airlift. Akshay delivered his first blockbuster of 2017 as the Lucknow-bred underdog lawyer Jagdishwar Mishra aka Jolly in Subhash Kapoor’s Jolly LLB 2. In Toilet: Ek Prem Katha, which released on the Independence Day weekend, Continuing the trend, Akshay’s next release Padman will attempt to spread awareness about menstrual hygiene. Directed by R Balki, the film is based on the life and work of Arunachalam Muruganantham, a social entrepreneur who invented a low-cost sanitary pad making machine.

The actor is also filming director Reema Kagti’s Gold, a sports drama on the hockey team that won the first Olympic medal for India as a free nation in 1948.

What is common to Akshay’s recent films has been the focus on meaningful stories. He’s moved beyond generic masala crowd-pleasers to films that do more than just entertain.

Many credit Akshay’s association with filmmaker Neeraj Pandey for triggering the Kumaraissance. The duo first collaborated in the 2013 heist thriller Special 26 and, since then, Neeraj has directed Akshay in the spy film Baby and co-produced Rustom, Naam Shabana and Toilet: Ek Prem Katha.

After decades of being Khiladi Kumar, Akshay is going towards not having an image. While his contemporaries like Shah Rukh Khan and Salman Khan are struggling to reinvent themselves, Akshay has laid claim to being the ‘superstar everyman’. 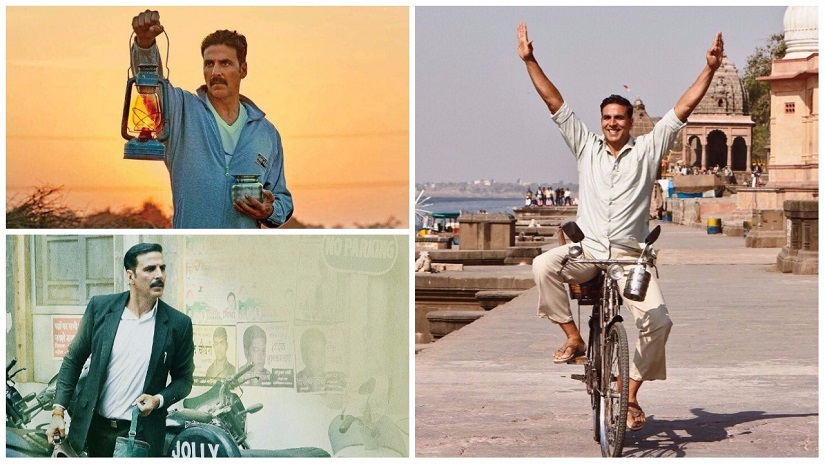 Whether he is Kuwait-based Indian businessman Ranjit Katyal spearheading the largest civilian evacuation in history or cycle store owner Keshav who would do anything to build a toilet for his wife, Akshay never stops being a Bollywood hero. There is also enough swagger, high-decibel dialoguebaazi and humour to keep the single-screen viewers happy. His directors seem to have found that elusive balance between realistic and revved up.

If we measure this shift in Akshay’s career in terms of financial success, it’s obvious that the audience loves it.

Akshay has been one of Bollywood’s most bankable actors but at a time when the industry is going through a slump, he is undoubtedly Bollywood’s biggest money-spinner right now.

In the past, Akshay has always managed to stand up to the draw of the Khans but this reinvention has given him a substantial edge over his contemporaries. It’s their move now.

It was in October 2016 that Akshay Kumar had  posted a message in support of jawans an their families, post-Uri attack. While public discourse had been taken over by the issue of whether or not cultural relations with Pakistan should be boycotted (most stridently, in the demand for the ouster of Pakistani artistes from the country), Akshay posted a video on social media that asked people to focus on the real issue: providing succour to the families of those soldiers whose lives had been lost in the terror strike at Uri. Now, in the run-up to Republic Day 2017, Akshay has put out another video that indicates he wishes to walk the talk. The Rustom actor has proposed the creation of a mobile app and website that can help in delivering much-needed financial aid to the families of martyred Indian soldiers. The app will allow donors to directly pay an amount of their choice into the verified bank account of the departed soldier’s next of kin.

Akshay began his video message with a disclaimer: “This idea is directly from my heart. May be it is useless or can be a big hit.”

He then explained his concept:

“I think that our country should have a website or a mobile app which directly connects the kin of martyred soldiers and the people who want to extend help to them. This website will host a list of the names of the martyrs, along with the bank account numbers of their close ones — mother, father or wife. And if someone wants to help that jawan’s family financially, they can directly make a contribution into their accounts. That account number will be deleted once the total deposited money accounts to Rs 15 lakh. By this, family members of the martyred soldiers can directly use that money.”

Mumbai: On New Year’s Day on Sunday, Bollywood star Akshay Kumar shared with his fans his line-up of films for the calendar year, asking them for love and luck.

He tweeted: “Busy summing up the year gone by? It’s time to not look back, but look ahead. Here’s what my 2017 looks like. Your thoughts, love and luck needed.”

The actor then went on to share the names of the films along with their photographs.

In the trailer, Akshay looks promising as a lawyer while he tackles the corrupt with some comical elements.

Toilet — Ek Prem Katha is the second. Directed by Shree Narayan Singh, it also stars Bhumi Pednekar and Anupam Kher, and is slated to release on June 2.

Then Akshay will be seen in Tamil science-fiction action thriller 2.o along with superstar Rajinikanth.

In the film, which is being directed by Shankar, Rajinikanth plays a scientist, and he will also be seen as Chitti robot. Akshay plays the prime antagonist in the film, which will hit the screens worldwide during Diwali 2017.

The fourth project that Akshay has in his kitty for 2017 is Pad Man. It is said to be a biopic on Arunachalam Muruganantham, and will chronicle his journey of finding a way to make cheap, affordable sanitary napkins for women in his village.