Before heading to see what NGK has to offer, let’s first look at the line-up of actors in the film. Suriya Sivakumar, Sai Pallavi, Rakul Preet Singh, Devaraj, Bala Singh and Ponvannan among many others. With such heavy load of stars, you can expect the experience of their coherent performance to be fireworks. But NGK is a complete letdown and feels like a wasted opportunity. Director Selvaraghavan’s focus on Suriya is more than any other element in the film including the narrative. NGK is a mashup of many political films from the past laced with thumping performance by the mainstay Suriya. But can Suriya carry the film single-handedly till the end? 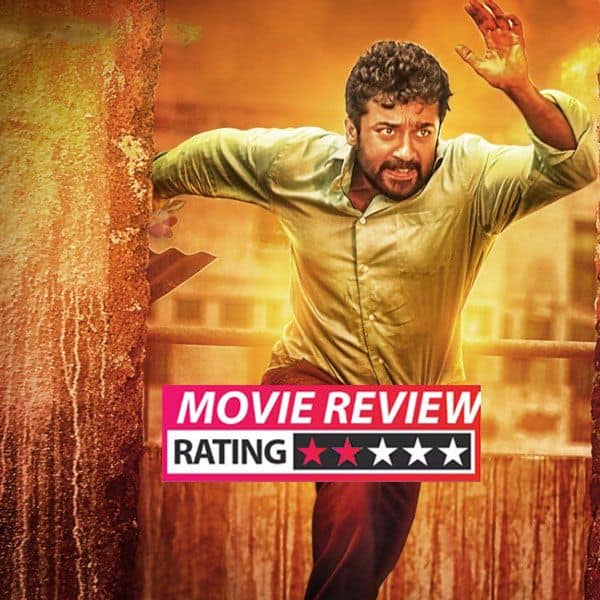 Nanda Gopalan Kumaran, played by Suriya, is a principled young man who wants to do his bit for the society and keep it clean. Kumaran gives up his lucrative job and takes up organic farming and encourages people around to adopt this method of farming. And in this process, Kumaran rubs shoulders with local MLA Pandian, played by Ilavarasu, who runs a business in conventional farming commodities. Pandian warns Kumaran of harsh consequences if he continues with his organic farming and beats up his associates. As situation demands, Kumaran is forced to join Pandian’s political party which makes him realise that politics isn’t what he always thought it to be. Kumaran’s wife Geetha, played by Sai Pallavi, is supportive of him in his perusal and encourages him to not give up. What happens when NGK aka Nanda Gopalan Kumaran fights all the odds and emerges as a winner forms the crux of the story.

Suriya Sivakumar playing the titular role is all fireworks and delivers a whistle-worthy performance. From subtle to fierce, Suriya puts up a show which is a compilation of every emotion you could ask for. Selvaraghavan’s intense writing adds fuel to Suriya’s fire in the plot which takes a brisk walk in the first half. Sai Pallavi proves yet again why she is an actress par excellence and doesn’t bring any dull moment whenever she is on screen. Her presence itself lights up the frame in the film and keeps you hooked to the screen. Rakul Preet, playing Vanathi, comes up with a performance which no one would have expected. Besides Suriya, the other hero of NGK is music composer Yuvan Shankar Raja whose craft in the film is commendable. Besides the impressive album which is already a hit, the background score of NGK is like an anthem which keeps giving goosebumps moments.

While all the above mentioned elements light up NGK, it’s the lacklustre narrative which makes it a humdrum affair. Selvaraghavan, as a writer, has the habit of building drama gradually in an episode where the climax of episode is the only worthy moment. This has worked for him in the past successfully. But in NGK, it falls flat. Movie buffs may not cherish these moments with Suriya in the equation since a lot is expected from his film. Post the interval, the film takes more than anticipated time to get to the climax and is almost a drag. A forced song between Suriya and Rakul’s characters tests your patience and will make your wait harder for the end.

It may be too harsh to say NGK is a wasted opportunity since there is a lot of binge in the political drama. At times, it makes you wonder if it is way ahead of its time, but doesn’t waste a moment in making you realise that it is a loosely knit screenplay. We go ahead with a 2 for NGK.