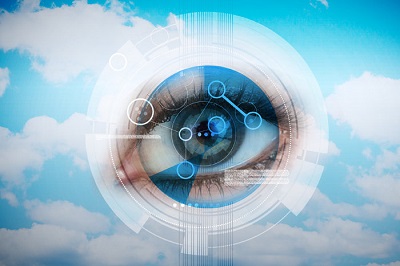 Cisco Live kicked off this week in Las Vegas. The annual event is where Cisco shows off its latest and greatest innovations, such as the intent-based networking system Cisco announced last week.

However, it’s also a forum for many of Cisco’s technology partners to show off their wares in the World of Solutions Expo Hall. One of the more interesting vendors there was ThousandEyes, which demonstrated their network monitoring solution, as well as their new Unified Communications monitoring and management capabilities that provide visibility into the performance and connectivity across Unified Communications as a Service (UCaaS), on premises and hybrid VoIP deployments.

While there are many management tools that can look at UC performance when the solution is in a controlled, on-premises deployment, ThousandEyes’ solution is one of the first to provide visibility all the way out to the cloud services and for hybrid deployments. It was actually last week that the company announced the general availability of Voice Call Tests and Session Initiation Protocol (SIP) Server Tests, which provide end-to-end visibility into VoIP and UCaaS performance, and the company had the software products on display in their booth at Cisco Live

In the time-division multiplexing (TDM) days, voice ran on its own network with dedicated endpoints, making troubleshooting straightforward. Today, modern systems run on virtual machines, clients move around and the network is shared, which makes problem solving extremely difficult. Add in the factor of moving the call control out to the cloud where most organizations have no visibility or control, and the challenge of figuring out what’s wrong and where gets exponentially harder.

Most of the existing voice monitoring solutions are reactive in nature and are based on a combination of call detail records and packet capture. With these techniques, a network manager would start analyzing information after a problem has been found or collect all the packets/CDRs and review the results later, both of which happen too late to find the source of a problem. Also, these tools don’t allow for benchmarking or capacity planning, and they provide very little insight into the actual service delivery because they lack correlation of data across the application, network and routing layers.
ThousandEyes Voice Call Tests now provide complete visibility for VoIP calls

SIP Server Test and Voice Call Test are two new test types that have been added to ThousandEyes’ existing RTP Stream Tests and are designed to provide complete visibility across all stages of establishing and maintaining VoIP calls.

SIP uses a multi-step signaling process to set up calls where both endpoints need to go through a number of tasks, such as registering with a call server. Once the call is set up, the endpoints can communicate with each other at layer 7 using the real-time transport (RTP) protocol. Understanding the network topology at every stage of call set-up can provide the contextual data required for troubleshooting calls.

The ThousandEyes SIP Server Test validates the availability and responsiveness of the SIP server from branches or external locations, such as the cloud. It verifies every step of the SIP signaling phase, so if there is a problem, network managers can quickly see exactly what’s causing it and start troubleshooting. The test uses both data and a visual medium to find a problem and isolate the root cause. Network metrics can indicate things such as increased packet loss, and path visualization focuses on where the problem originates.