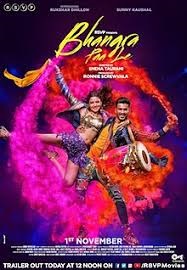 All-time rom-com favourite Jab We Met has created quite the cult following over the years — it’s our go-to flick to restore the idea of love.

Now, after 10 long years, the director Imtiaz Ali and the protagonist of the film Shahid Kapoor are all set to make another romantic flick, reports have claimed. And backing the director with his new project is old favourite Sajid Nadiadwala, who will be producing the film, reports DNA. Sources in the report have further revealed that Sajid Nadiadwala is quite happy and hopeful about the upcoming film.

Sajid and Imtiaz’s last film together was Tamasha, which, inspite of much love from critics, could not do fair business at the box office. Ranbir, Deepika’s performances were, however, lauded by all.

Shahid-Imtiaz and the team of Jab We Met had celebrated 10 years of the film recently and this was when the news of the two coming back together was revealed. As per various reports, the film will go on the floors in April next year. The film will be extensively shot in Mumbai. However, the female lead is yet to be finalised by the director, and the hunt is on.

Shahid Kapoor has always been nostalgic about Jab We Met. As PTI reports, he earlier made a remark saying, “I feel for Aditya Kashyap, both in the movie and after its release, because he didn’t get the recognition he deserved. Instinctively, I knew that 10 years later people would get this guy but at that time, to make Jab We Met work, one character had to anchor the story so the other one could jump around.”