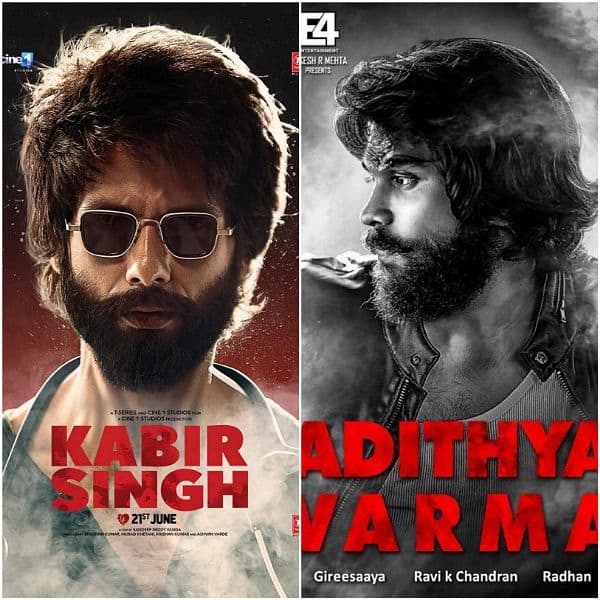 Telugu blockbuster hit Arjun Reddy is being remade in Tamil and BollywoodLife has had a glimpse of both the versions. While one has a seasoned actor playing the lead role, the other will mark the debut of a star-kid. In Hindi, Arjun Reddy remake is titled Kabir Singh and has Shahid Kapoor playing the titular role. In Tamil, Dhruv Vikram, son of actor Vikram, plays the part in the remake titled Adithya Varma and it will be his debut in films. Kabir Singh is slated to release on June 28 while the release date of Adithya Varma is yet to be confirmed. In the original, Vijay Deverakonda delivered a thumping performance and gained huge stardom post the release of the film. Fans have been going gaga about both these remakes and comparisons have already begun. And to gauge who will do a better performance, we are running a poll between Shahid Kapoor and Dhruv Vikram. Who impressed you the most – Shahid Kapoor or Dhruv Vikram? Vote now!

Kabir Singh is directed by Sandeep Reddy Vanga who helmed the original. The film stars Kiara Advani as the leading lady and the actress looks pretty in her role. The trailer has left fans raving about it and are now eagerly looking forward to the film.

Bollywood Hungama revealed that the actress, who was last seen in Karan’s segment of Netflix’s Lust Stories, has been roped in to play Sidharth’s love interest in the film which will be directed by Vishnu Varadhan.